The Renatus Affiliate Program is your way to wealth and prosperity. Our Affiliate marketing is word-of-mouth (WOM) at its best. According to a study by McKinsey and Company*, word-of-mouth was the primary factor behind 20-50 percent of all purchasing decisions—especially those that involve more expensive products and require more research and consideration. When considering the purchase of something as critical as education, you naturally feel more comfortable with that purchase when you hear positive opinions and feedback from others who have experienced it themselves. When you are happy with a product or service you are using, you genuinely want to tell others about it.

When students experience the Renatus education and the benefits that come along with being part of the Renatus Community, they are happy to share their excitement. When their friends see how their lives have changed as a result of applying the Renatus education, they want to be a part of it, too! That’s how the Affiliate Program works: You share the education with others and get paid when they purchase an Essentials or A.I.T. Course.

How Do You Get Paid?

Get paid twice a week.

Checks are mailed directly to you. Or you can opt in to have your commissions deposited directly in your bank account.

To become an Affiliate and market the Renatus education courses, sign up as an Independent Marketing Affiliate (IMA) today! No purchase of any product is required for participation in the marketing opportunity. 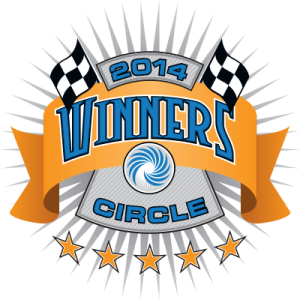 It’s been said that “babies cry for it and grown men die for it.” Of course were talking about recognition. Recognition is a powerful motivator that drives individuals to do more, accomplish more and become more. William James, an American 19th century philosopher said, “The deepest principle of human nature is the craving to be appreciated.” At Renatus recognition is a foundational principle upon which the culture of our community is built. Each year we recognize Affiliates who have made a meaningful contribution to the success of their fellow entrepreneurs.

The 5 Star Winner Circle Contest presents an opportunity for Renatus Affiliate Marketers to compete with their peers for one of 5 top income positions in the company. The Grand Champion is the top income earner during the contest period. Awards are presented at the Renatus National Conference to each winner according to contest rank. The Grand Champion receives a cash bonus in addition to national recognition throughout the year.

The 2014 5 Star Winner Circle Champions are as follows: